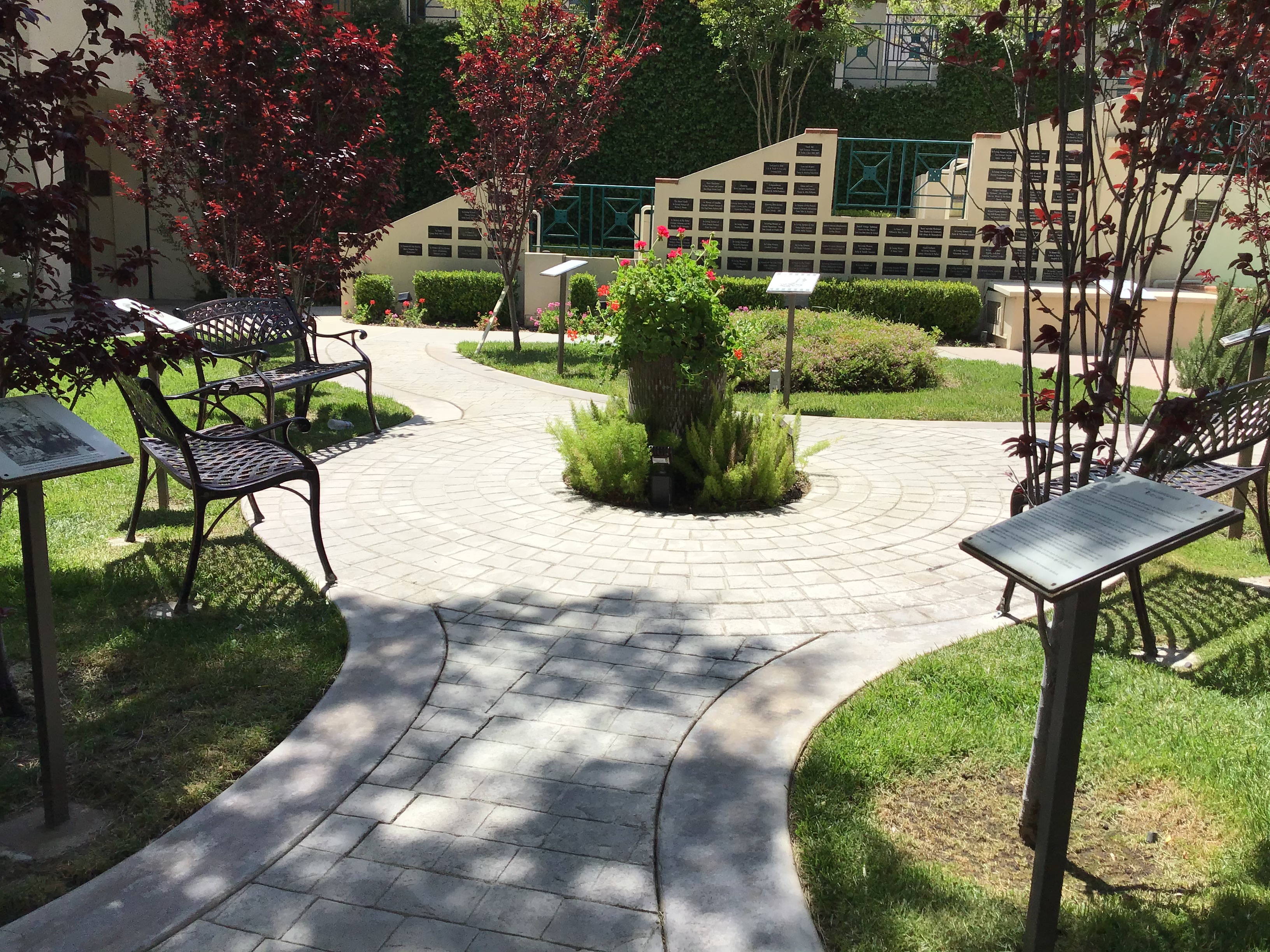 Just outside of the museum doors is the memorial garden of Armenian survivor and international icon, Aurora Mardiganian. This memorial garden was established by the Ararat Home of Los Angeles in her memory in 2018.

Aurora Mardiganian was born Arshalouys Mardiganian in Chmshkatsag, an Armenian populated town near Kharpert in the Ottoman empire. Aurora Mardiganian became known to tens of thousands of people around the world through her story of survival and escape from deportation, massacre, and slavery during the Armenian Genocide of 1915.

Forced out of her home, seeing her family murdered, marching for hundreds of miles, being captured, and sold into Turkish harems, Aurora experienced incredible brutality and witnessed the incomprehensible horrors suffered by her people.

Her harrowing two-year journey brought her to the United States in 1917, where she made it her mission to tell the world about the perils her people endured in “Ravished Armenia”. This became the title of her memoir and subsequently in 1918, of the silent film in which she was cast as the lead. Later called “Auction of Souls”, this film written by Harvey Gates, directed by Oscar Apfel, produced by William Selig, starred famous actors of the time, in addition to about 10,000 people as extras, many of whom were Armenian residents of California.

This film became the first motion picture about the genocide, it was widely screened throughout the United States as well as in Canada, Latin America, Europe, and Australia. It received acclaim and broke box office records.

As the heroine in the graphic retelling of her life story, Aurora was thrust into fame she did not seek and for which she was unprepared. Nevertheless, she made numerous public appearances and recounted the horrendous events in her homeland to a vast audience. She worked tirelessly to raise awareness of the atrocities and the funds for the humanitarian relief effort that the film supported.

With the passage of time, the censorship of her book and film, and her desire for a quiet life, Aurora slipped into obscurity. She spent the last of her life at Ararat Home of Los Angeles and died at the age of 92, seemingly abandoned and forgotten.
‍
The Garden honors her memory and remarkable resilience, sacrifice and courage.